The National Football Supporters’ Association (NAFSA) welcomes President Cyril Ramaphosa’s announcement on the gradual re-opening of the economy. It will assist in the much-needed revival of the South African economy. In particular, we take note of the continuing restrictions on attendance at sporting events.

However, NAFSA is in fundamental disagreement with the continuing severe restrictions for a number of reasons. (1) It is not consistent with the relative liberalization of attendance at indoor events where the risk of transmission of the COVID-19 virus is exponentially higher than in an open arena such as a stadium; (2) South Africa’s stadium operators have perfected the process of managing access and
egress for each of the venues according to the Safety and Security at Sports & Recreational Events Act (SASREA) since its promulgation more than 10 years ago; (3) the ratio of spectators to seats at FNB Stadium, for instance, would be 1:188 and although much less at other venues, a 50% capacity will still be greater social distancing than any other indoor arena or concert venue; (4) The wearing of masks can be enforced in the same manner as other criteria contained in the SASREA Regulations.

NAFSA is therefore disappointed in our Minister of Sport’s inability to make the case for sport in Cabinet with respect to these common sense measures. We therefore appeal to our Minister of Sport, Arts and Culture to make urgent representations to the National Corona Virus Command Council and to Cabinet to rethink the approach they have taken with respect to attendance at sporting events.
NAFSA also makes a plea to the State President and all football stakeholders, including our national federation, SAFA, the PSL, football vendors and other football business persons to join us in our appeal for the responsible opening of football venues to a maximum of 50% capacity of the stadia by the resumption of the new football season.

NAFSA congratulates Cabinet for the decision to move the country to alert level 1, allowing South Africans to attend social gatherings “as long as the number of people does not exceed 50% of the normal capacity of a venue”. We ask that this consideration be also given to football, the country’s most popular sport and not to leave the sport out in the cold!

“Football is our bread and butter and thousands make a living out of it. We are bleeding and our calls to the Ministry has fallen on deaf ears. To delay the return of football supporters to the stadium further exacerbates the plight of the many poor families whose income has been completely cut off during the crisis. Street vendors, public transport, hospitality, media and retail sectors have lost millions of rands,” said Siya Loyilane, Acting NAFSA CEO.

NAFSA will consult its legal advisors tomorrow with a view to seeking legal redress in this regard if government fails to act on its request for sport not to be treated as the stepchildren of the South African economy.

NAFSA is the official representative body of all football supporters whose mission is to mobilise South Africans to rally behind football while contributing to soccer’s transformation agenda.

Fan Choice Awards: sports fans to have their sayWe Are The Fan (WTF) in partnership with National Football Supporters’ Association…

The National Football Supporters’ Association (NAFSA) has today joined hands with Hollywoodbets’ Affiliate Programme. The partnership will mutually benefit both… 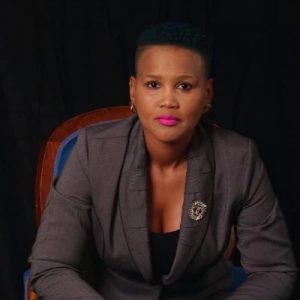 Monday, 08 June 2020 In its endeavor to beef up its governance and administration, the Executive Committee of the National…